You may feel pressured to update your version of Windows because, you are told how support for older versions will cease… That doesn’t mean your computer will stop working, far from it. Although my Win 98 computer is dead now, I still have two XP computers that whir along just fine. Why? Because I have applications that only run on XP, the development has long since stopped yet I still need those programs. The main potential problem with MS ceasing support is that some of their upgrades plug security holes. Usually (but not always) these are bugs in new features that need fixing. Sometimes, however, they are long hidden issues that might only recently have come to light. The only example I can remember like this is the ‘heartbleed’ bug, very serious for Facebook, google and anyone with large databases of public information. Not an issue for the individual, and mostly that is the case for you. I say, mostly,  but you should always be prepared and back up since other things like disk failure etc can still happen.

What can actually happen if you have a security issue and how can it be avoided? For most computers; an up-to-date virus checker and maintained firewall will prevent security problems. These are unlikely to cause you problems, what you need to be concerned about is what precautions are needed if your computer fails. For personal documents and photos held on your machine? Back them up in at least two different USB thumb drives or SD cards weekly and monthly. Don’t backup your whole system, just keep all your new and important files in My Documents and back just that folder up.

It’s not really worth doing a full backup since applications will need to be reinstalled anyway. If you make sure that important stuff is in ‘My Documents’ (this might include your mail files if, say, you use Outlook on your computer rather than over the web) then if your hard disk fails or gets corrupted, you can restore to a new computer, replacement hard disk or overwrite the damaged files. This can be time-consuming but restoring is usually quicker and more likely to be successful than repairing. I recently spent 20 hours rebuilding a client’s massive archive of outlook emails. This required a specialist repair tool as well – but had they taken backups, all could have been resolved in minutes. 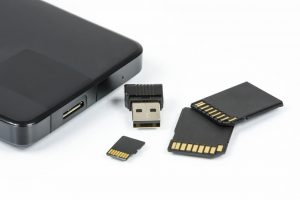 What should I backup onto? USB sticks come in affordable sizes up to 250gb (or more but not really affordable yet) but better value is a USB hard disk. Amazon have plenty but I’d recommend one that is powered from the usb slot (its less clutter), at least 500gb and with backup software. Google or search on Amazon (other providers exist 🙂 ) for USB hard disk (if you have a new computer it will have USB3 which is faster than USB2).  Dozens will come up, personbally I’d choose on that doesn’t need a separate power supply and has good reviews. When you have got it, use it… backup weekly or monthly whenever you have doen a lot of work, loaded new pictures etc.

I also have a separate dropbox (“cloud” or internet online storage, onedrive or google drive all serve the same purpose, I’ll blog later about this I expect). I don’t format my camera card until I have my photos in at least three places – my PC, USB drive and Dropbox.