I recently helped someone with a computer problem. They had been using a computer one way or another for about 10 years apparently. Yet, they referred to their “main screen” which was in fact their webmail (ie the gmail web site in a browser). Entered website addresses into their google search box and chose from the “found” list. Also didn’t know who Microsoft were and why they kept sending messages. If you are thinking “well d’uh” then read no further, but otherwise the rest of this blog might inform you. This user was not dumb, but had jumped into the Windows swimming pool deep end and doggy paddled his way around. If you read on, hopefully I’ll at least help you swim without splashing too much!

Lets start with the act of turning your machine on. Even this is not always obvious since it can depend upon how you shut down but lets assume that you have shut everything down and are starting from the real start.
The first thing you will see depends upon the machine, but there is always some image or white on black text before Windows itself loads. At this point you can press a key to produce a system menu that can let you get into the actual BIOS (basic in/out system) setup not Windows but the “raw” mechanics of the machine itself. The key to press will vary, it might say briefly on the bottom screen otherwise enter your computer make and model and BIOS configure into google to find it. But if you are reading this far then… DON’T – it’s way above your pay-grade.

The next thing you can do at this beginning stage is repeatedly press the F8 key to interrupt the Windows startup to access the various safe modes (including the last working configuration). If you have just installed something (usually hardware but sometime software) that is preventing you from getting into Windows. Windows 8 and 10 are far more clever at detecting problems and may well go into a recovery menu anyway. I will look at this in another blog. For now lets assume you have started up and are now sitting at your login screen?

Login, Desktop and the Start Menu

Not logging in? OK but it IS an extra level of security and you can set a number of ways to login in Windows 10 (I for instance use a 4 digit PIN with a password as backup). Again… another blog. So you have logged in and the screen you now see is called the Desktop (except Windows 8 where it will be a version of the start menu Microsoft call Metro - targeted at touch screens, click the “tile” saying desktop and read on).

OK on the desktop you will have a taskbar along a side/bottom/top of the screen This will always have a perspective view of a window, often called the start button and if clicked will pop up the start menu (as will the key with the same icon on the lower left of your keyboard). See here for more on the task bar. Either on the task bar or on the start menu will be a blue e (hover over it with the mouse and it will either say Edge (in Windows 10) or Internet Explorer. Either way this is your Internet Browser. The program that accesses the internet. There are others, FireFox, Opera, Safari (iPad and Macs), Google Chrome (often described by users as google and mistaken for the search engine itself, but Google make Chrome and they also provide a search engine, they are NOT the same thing). When you start up Edge it present you with a long white box that says “Search or Enter web address” which means, if you just type a word or phrase it will use a “search engine” (out of the box this will be Microsoft’s Bing) if you type an actual web address (or URL as it is often referred to, Uniform Resource Location fyi) such as google.co.uk (you usually don’t need to enter the www now, its assumed). This will take you directly to the Google search engine. If you type gmail.com it will go to the google mail login page (where your mail is stored on the “internet” – another blog!) a web site in other words. When someone tells you to “google something” they usually just mean any search engine (bing, yahoo, google and a whole range of others). 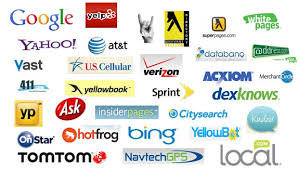 The search engine is your friend

OK, so now you know the difference between your desktop, your browser, a web page/site and a search engine. If you have a problem (and I mean ANY problem) type it into your search box and see the list of possible answers. Like asking a question in a pub, not all answers are correct. The first few might be paid advertising (but can still be your answer) the next are ranked (using a complex algorithm, later blog?). If you have a problem on your computer by all means contact me but first you might like to “google” it. The solution might be simple.

Turning your computer off

Shutting down, turning off, whatever you call it, there are three options as far as windows is concerned.

Which will save all of your current session to a special hidden part of the disk and power everything down.

Which will turn off all non-essential power except a small trickle to keep your session alive.

Which will turn off all power.

There is also Restart which shuts down completely and then restarts.

You also have options about what happens when you close the lid or press the power button. Type Power Options into windows search (the magnifying glass). You have a lot of options depending upon whether on battery power or plugged in. Personally whether plugged in or not I like the lid to do nothing and the power button to shutdown.

Oh and if everything seems stuck you have a last resort to hold your machine's power button down and force a shut down.